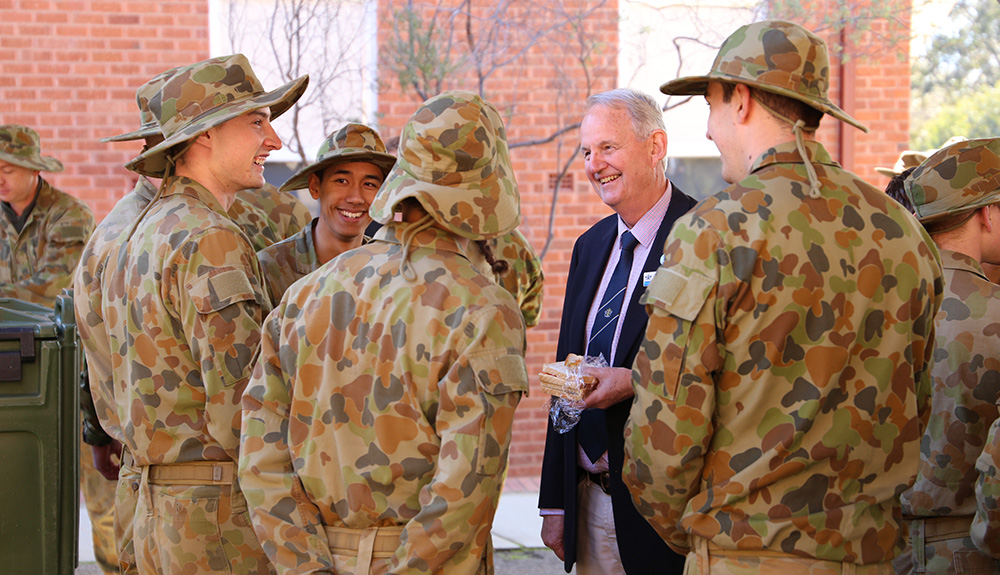 Regarded as one of Australia's major Defence Force establishments, Wagga Wagga is home to the Army Recruit Training Centre Kapooka and Royal Australian Air Force (RAAF) Base Wagga. Servicemen and women from the Army, Air Force and Navy are all based in the city.

Kapooka March out Information - For the latest information on parade timings, how to get to parade,  FAQs and contact details. Follow this link Kapooka March Out Guide

Royal Australian Air Force (RAAF) Base Wagga is a tri-Service training base. All ground based Air Force members come here for at least one level of training.

RAAF Base Wagga has been an integral part of the local Wagga community for over 70 years. Established in 1940, RAAF Base Wagga now delivers technical and non technical initial employment and post-graduate training, supporting four major training units.

The RAAF Wagga Heritage Centre showcases Air Force history along with representing the significant involvement of the RAAF in the Riverina region. The static aircraft display adjacent to the Heritage Centre represents over sixty years of RAAF flying history and is accessible for public viewing at any time.

Find out more about the RAAF Wagga Heritage Centre.